Tylosin is a macrolide antibiotic produced by a strain of Streptomycse fradiae. fradiae. It exerts its antimicrobial effect by inhibiting protein synthesis of susceptible micro-organisms. The Tylosin spectrum of activity includes amongst others Gram- positive bacteria, some Gram – negative strains such as Pasteurella, and Mycoplasma spp. In most species peak plasma concentrations have been attained 1to 2 hours after administration of tylosin. Compared to plasma levels clearly higher tissue concentration have been observed. Tylosin was extensively metabolished.

Do not use in cases of known resistance to Tylosin or cross-resistance to other marcrolide (MLS-resistance). DO not use in animals vaccinated with Tylosin-sensitive vaccines either at the same time or within 1 week previously

Stored at temperature not exceed 30 C˚.

there is no evidence of tylosin toxicity in chickens, turkeys, or claves when administered orally at up to three times the recommended dose 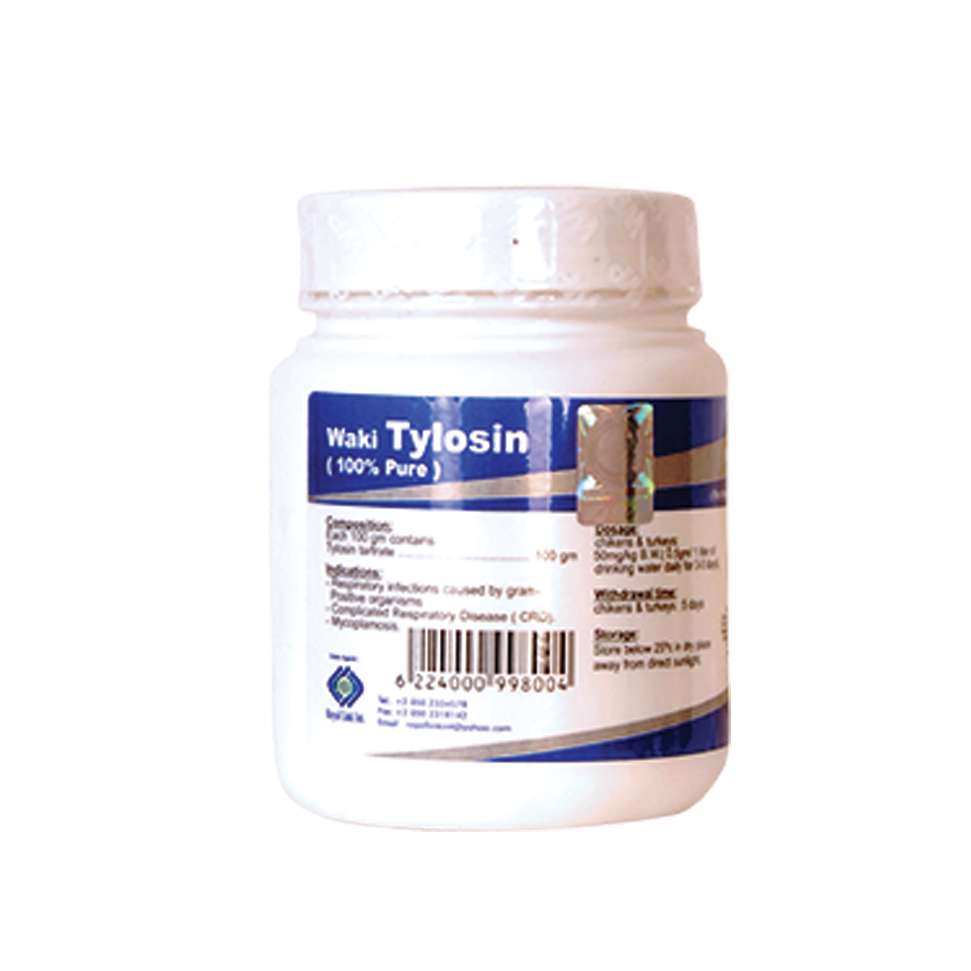